Is there still such a thing as ‘Debtor’s Prison’?

There are two BIG misconceptions that I hear about debt and bankruptcy on a regular basis.

Do not pass go, do not collect $200, proceed immediately to jail…

One is the belief that if you do not pay your bills, you will be shipped off to jail. This belief comes from the historical existence of “debtor’s jail”. In fact, Debtor’s prison did exist in the 19th century.  Conviction usually occurred after a court-ordered judgement was issued and remained unpaid. Debtors had two options, they could pay off their judgement with help of family or friends or they could work it off. 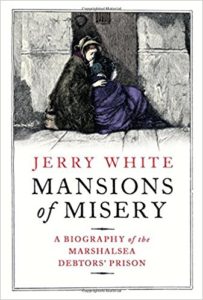 The emergence of Bankruptcy Law has made debtor’s prisons illegal over most of the world.

There does still  exist some form of ‘debtor’s prison’ to the extent that you can receive jail time for certain debts not paid. These would typically be court-imposed (criminal)  fines. These debts are generally not released under a bankruptcy (see Section 178 of the Bankruptcy and Insolvency Act) and are required to be paid regardless of your solvency situation.

During my research, I was surprised to find a recent article on Huffington Post on just this subject, where in June of this year a class action suit was taken against Benton County (Washington) over its unconstitutional system for collecting court-imposed debts. The attorney stated, at the conclusion of the trial, that “(They were) very pleased that Benton County has stopped operating a modern-day debtors’ prison. No one should have to go to jail or perform manual labor simply because they are too poor to pay their fines,” The full article is available here.

(For a more local feel, if the history of debtor’s prisons in Canada intrigues you,
you can find some interesting facts on Wikipedia here. )

Bankruptcy is the easy way out…

The second misconception is that Bankruptcy is the easy way out from paying your debts. In some cases, the process is, yes, arguably easy….for those that have nothing. For others, it is not quite as simple as payments are based on your income, creditors may still entitled to some of your assets and if you don’t abide by the rules of the system, you can either be in bankruptcy a very long time, or can find yourself essentially kicked out of the process (left undischarged) opening up the door for your creditors to continue collecting from you.

In summary, sometimes life happens. And paying your debts may become impossible. There are systems in place to help those individuals. Fair systems. Systematic and democratic systems. Licensed Insolvency Trustees are there to balance the needs and rights of the creditors and the debtors. No other professional has that mandate. It is why we are the go-to-professionals in the industry. 🙂