Is Filing for Bankruptcy Easier Today?

This was a question that I was asked recently. I thought it was interesting and it caused me to reflect on my experience in the Insolvency industry. The gentleman I was meeting with wanted to know if the rules or the process had changed making it easier for someone to declare personal bankruptcy.

Having worked in the Insolvency industry since 1988 I have certainly seen many changes take place. Most notably the major amendments to the Bankruptcy and Insolvency Act in 2009. Many of the amendments streamlined the administrative process and made much-needed adjustments to financial thresholds, including a change in the ‘definition of consumer debt’ enabling more consumers to make use of the Consumer Proposal option. I wouldn’t say they made it easier to file for bankruptcy, but that the changes made bankruptcy a more obvious second choice and filing a consumer proposal more advantageous to the creditors and consumers. In fact, if you look at the statistics on filings on the Office of the Superintendent of Bankruptcy’s site, they certainly reflect this trend. For a lighter read, check out the following research paper: Consumer Proposals in Canada After the 2009 Legislative Amendments to the Bankruptcy and Insolvency Act 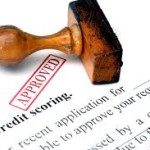 Having said all of that, what I have noticed, as a major change in the financial world over the past 20+ years, is how easy it is to get credit. It used to be that if you had a bankruptcy on your credit record, the  lending institutions (namely the big banks) wouldn’t loan you any money for years. That is certainly not the case these days. Although the big banks haven’t changed their lending practices to any large degree, what has changed is the number of other lending institutions (finance companies, alternative mortgage lenders, etc.) who will most certainly lend you money with an adjusted interest rate that matches your risk (or credit rating). You’ve seen and heard the ads no doubt…”no credit, poor credit, bankruptcy, divorce, no problem, we can help loan you money!”. What I have seen is that getting credit is not the issue, what you are paying for the money you borrow is the issue. If you want credit, you can almost always get it. But at what price? 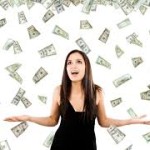 The most successful bankruptcies I have seen are the ones where individuals come away learning how to live without a dependency on credit. And many do. They’ve lived with the false perception that credit gives you a sense of security, only to find out that once you use (abuse) it, the security is gone and the stress sets in. They begin to experience the benefits of a new way of living, within their means, shunning any unnecessary credit along the way. Ultimately that is one of the goals of the Bankruptcy and Insolvency Act…”to give the honest, but unfortunate debtor…”, reprieve from an overwhelming financial situation and a brand new start to do it better the next time.

So, in answer to the question, “Is it easier to file for Bankruptcy these days?”, My answer would be, “No. In fact, Consumer Proposals are on the rise as the choice consumers are making to settle their overwhelming financial situation. Having said that, a bankruptcy will not, necessarily, cripple you financially as it had done in the past. and you will have the chance to rebuild your credit and continuing using credit if that is the path you chose once rehabilitated”.