Who is the honest but unfortunate debtor? 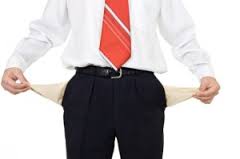 This led me down the path of looking at those I have helped over the years and identifying a common thread in the majority of cases. The individual(s) had no intention of racking up a whole lot of debt, they sort of nickle and dime themselves into it. In the majority of cases it wasn’t because they took lavish trips, or indulged in large-ticket items (oh I saw some of those situations, don’t get me wrong), but more that they relied on credit to get through a tough time – a loss of income, period of unemployment, an illness, or simply life – raising children, building a home and future together, etc.

Were they honest? Yes, I would have to say they were. They didn’t apply for credit knowing they could not pay it. They may have been naive, and in some cases a slightly stronger word could be used, but nor dishonest. The intentions were admirable even if the outcome wasn’t.

What about the few dishonest individuals. Over the years a few individuals who resonated with dishonesty crossed my path. In some cases they got what was coming to them, in others, there was simply no evidence to support a gut feeling. The legislation has done a good job of incorporating procedures for ensuring the system is not abused with the recent addition of the Debtor Compliance Program. The Superintendent of Bankruptcy’s website has a section on detecting Abuse and Fraud and encourages all parties – creditors, Trustee’s, other persons of interest – to come forward if they know of any wrongdoings.

Yet bankruptcy still has a pretty bad wrap out there. Although I get the sense it is softening somewhat. Perhaps due to the aggressive nature of credit companies to get you to borrow money from them, or perhaps as we watch the record profits being claimed over and over, we don’t feel quite so bad for the lenders, who are evidently making a lot of money off the honest, but unfortunate debtors out there in our material world.

Don’t get me wrong, I am not an advocate for wracking up credit and then simply throwing in the towel as an easy way out. I am, however, an advocate for giving a honest individual, who may have found themselves in an unfortunate situation, the opportunity to get out from under an overwhelming situation and get their life back on track. And it seems to me that using a system that ensure the orderly liquidation of a person’s ‘estate’ (basically what they have left to pay their debt) and the distribution to their creditors, preventing a premature race for each creditor to “get there first” may be an admirable way to admit defeat, in light of other, less fair systems or simply ignoring a situation, hoping it will get better or, better yet, go away. Hmmmm. Something to ponder.