The Best Kept Secret of Investing

A very good friend and financial advisor sent me this when I asked her for some tips to share with my readers.

The story both excites me and terrifies me. It excites me because I have the opportunity to motivate others to do what I have not done. It terrifies be because I had not followed my friends advice and am now wishing I had spent less money on suede jackets, killer heels and drinks at the Misty Moon and had saved that money instead. So I urge you, read this, and pass it along to anyone in your life who can benefit from it today! 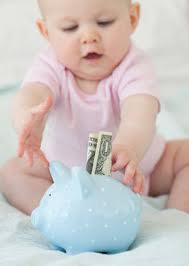 One of the first lessons of money management is the power of compound interest.

Here are a few examples of the power of compound interest at work.

Two 21 year old friends are saving for their retirement. The first friend begins saving right away. She invests $100 every month for ten years and stops investing on her 31st birthday. Her total investment is $12,000 then she lets it sit, earning interest until she retires.

The second friend waits until she turns 35 and invests $100 every month until she reaches age 65. Her total investment is $36,000.

Who ends up with more money?

Now suppose the first friend continued investing $100 every month until age 65. Her total investment of $52,800 would have grown to $489,120. That’s the power of compound interest!

Thanks to Maureen Babin of Amarack Financial for this guest blog. Maureen can be reached by email .